Shifa' is a Muslim name for girls meaning Curing, healing. Read below for Shifa''s celebrity and ruler associations, and numerological meanings. If Shifa' is the one, congratulations!

If you want to read all details about Shifa in urdu. Please read Shifa details in urdu here

How to speak Shifa in English, French, German, Spanish and 20 other languages?

What is the meaning of Shifa ?

Answers for the most frequently asked questions about name Shifa

What does Shifa name mean?

Shifa is one of the most loved baby boy name, its meaning is cure, healing, satisfaction, gratification, صحت، تندرستی، صحت یابی، ساحل، کنارہ.

How to write Shifa in Urdu, Hindi, Arabic, Bangla?

What is the religion of the name Shifa?

The people with name Shifa are mostly known as Muslim.

What is the origin of the name Shifa?

What is the most lucky or favourit stone for Shifa?

Is the name Shifa difficult to pronounce?

Shifa name has 5 letter and 1 word and it short and easy to pronounce.

Is Shifa name is short?

Absolutely! Shifa is a short name.

What are similar sounding Muslim Boy names with Shifa

These people believe in creative expression and that is one reason why they are thought to be very humanitarian. The gender of this name Shifa is Boy. They always think of what they can do for the humanity.

What we know about Shifa

There are a lot of names that you hear throughout your lifetime but then there are some names that you stick to so hard that you choose them once in your life. The name that we have to discuss today is surely one such name that is really pretty, and people love it when they get to know about it.

The name that we are talking about or that we are going to know the details of is Shifa. We will also see if there are any fun facts related to this name.

When we talk about the name Shifa we know that this name comes from a Muslim background and that it somewhat belongs to the religion Islam too. Shifa is one word from Urdu that is used a lot in Muslim families as a good prayer and you will know why when we will get into the meaning of this name. the name Shifa is basically used for girls, and it is a short name so the pronunciation of this name is also very easy. This name is one easy name so if you like to name names that are cute and short then this would do great.

Now, coming back to why this name is used widely by Muslims, we will get into it. The name Shifa meaning in English is healing and curing. Because this name has a very nice meaning so people when meeting somebody who is sick, pray for their good health by sending this prayer to them. The meaning of the name Shifa is also good health which people send over to others when they are ill or sick. Shifa name meaning in Urdu is sehat.  The name comes from Urdu so the Shifa name meaning in Urdu exists but the Shifa meaning in Hindi is not yet present.

The next thing that we are sure you would want to know is the numerology of this name. The numerology of the name Shifa is 9. You must also want to know the characteristics so here we go. The people with this numerology are one of the kindest and most sensitive people ever. They are very compassionate towards everyone and that is what makes them very loved by people around them. They are also the most selfless and they would always think of others before them.

The name Shifa comes with a lot of good things and it brings that good to the personality of these people too. they are also very kind and nice towards everyone no matter what the status of the other person is.

Q: What is the lucky color for the name Shifa?

Ans: The lucky color for the name Shifa is White and blue.

Q: What is the gender of the name Shifa?

Ans: The gender for the name Shifa is female because it is a girl's name.

Q: What is the lucky number for the name Shifa?

Ans: The lucky number for the name Shifa is 3.

Q: Is the name Shifa appropriate to choose for your little girl?

Ans: Yes, the name Shifa is considered to be a really good name so it can surely be chosen.

Q: What is the language that the name Shifa comes from?

Ans: The name Shifa is a Muslim name so it comes from the Arabic language. 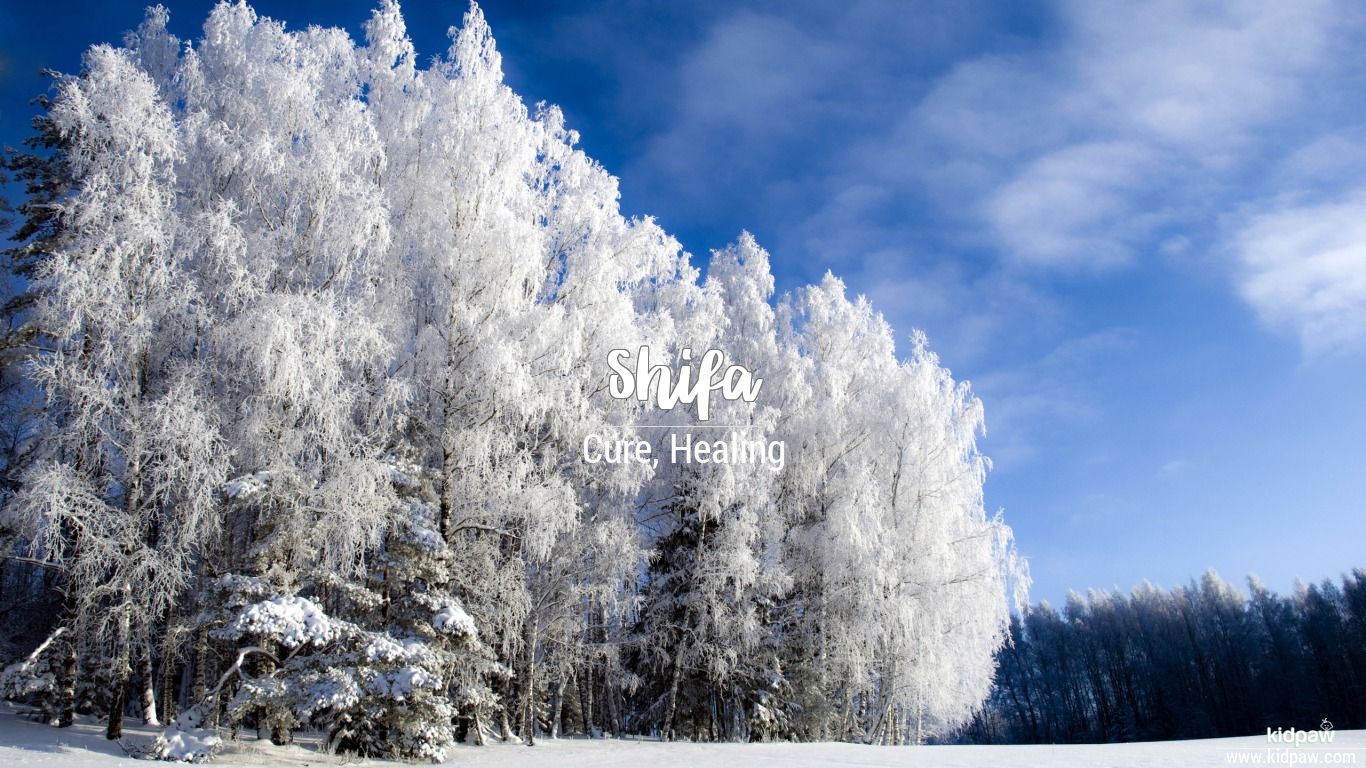