All parents prefer a unique name for their newborn baby whereas; some desire the popular one in the society. Similar to every parent; Muslims also choose the name of their newborn baby very suspiciously.Muslim society usually prefers the name that has an optimistic meaning, historical Islamic perspectives, relates to Prophets, Islamic role models or the one which validate their belief.

If you are one of them who are searching internet to choose the name with same attributes then this list can help you a lot. 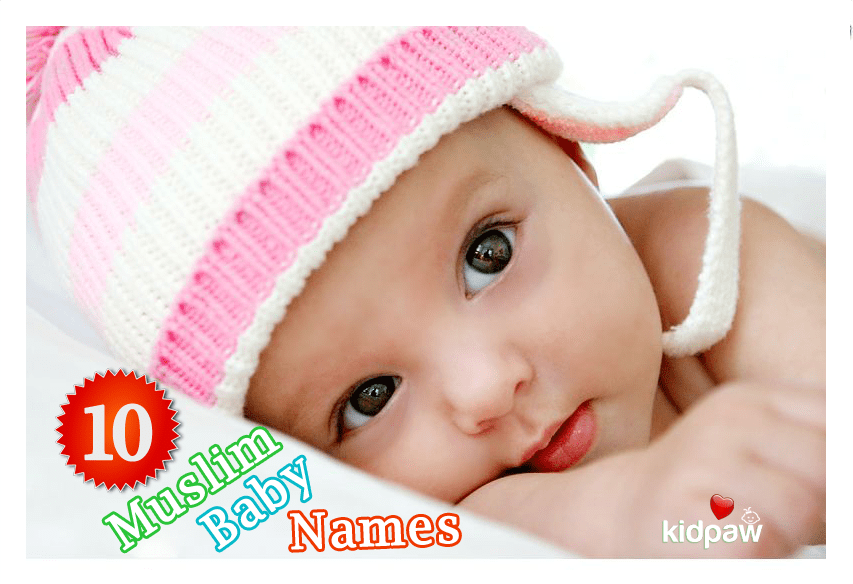 We believe this “Top Ten Muslim Names” are trending and have all the properties which can be attached with your newborn baby.

Muslim parents basically prefer Mohammad as a prefix or suffix name for their baby boy. It is among the most popular name in Muslim society. Mostly Muslim parents often name their children Mohammad to inspire the young boys, so they could follow the path of Holy Prophet (SAW). Parents believe that the name has a great influence in life. Muslims are also inspired by Arabic names and names that are in Holy Quran.

Here are some popular names with their meanings for boys.

Hamza is amongst the popular name in Muslim society. It is derived from Arabic origin. The meaning of this name is “tough, lion” and “steadfast”. Historically this was the name of Prophet’s uncle. He is known for his bravery and strength in battles. Possible variants of Hamza can be Hammzah, Hamzah, Hamzaa and Hammza. According to the name ranking for Islamic names and research “Hamza” stands on 1st rank in most common Islamic names.

Ahmad name is commonly found in Arabic origin. Again historically this also related to Prophet Muhammad (PBUH). The meaning of Ahmad is most praise worthy and is derived from the name Hammida. The meaning of Hammida is to thank or to commend.

Adam was the name of first human being and first Prophet of GOD. It is derived from the word Adamah, which means “red earth”.

Though this is not so common now days in Muslim world but it is growing its rank in Christianity. The meaning of Adam is man. So because of it grace and uniqueness you can pick this unique name for you kid.

Ali name is commonly used as prefix or suffix. As Muhammad Ali, Asif Ali. It is very rare to found Ali as complete name but its use mixing with other names is found as huge. During research we found this is part of 5% of Muslim so we include this in our rank. It is derived from Arabic language. The meaning of Ali is “high”. The name became popular among Muslim community in 1960’s.  It is a common name among Negro Muslims.

As written above; most of names are popular because they are related to some role models so the name “Omer”. Umar, Son of Al-Khattab’‎, born c.583 CE – died 3 November 644 CE), was one of the most powerful and influential Muslim caliphs in history.

This is an Arabic name and can be written with two variations “Umer” or “Omer”. The meaning of Omer is flourishing, populous or prosperous. It is commonly used as a baby boy name.

Similar to boys name, Muslim parents name their baby girls very carefully. In Islam all the names with positive meaning are acceptable. The names which has bad meanings, against Islamic spiritual values, relates to evil deeds are not appreciated. On the other end Baby names in Quran are preferred and honored by Muslim parents.

Everyone wants the name of the child to be the special one, so that it reflects the positive attitude of the child and well wishes that everyone have for their child.

Well, here are some beautiful names for your new born baby girl.

Fatima is well appreciated name amongst others. This make complete name adding other part as pre or post fix. As for as historical concerns, Fatima is Arabic originated name and also she was a role model for all muslim women. She was the youngest and the most beloved daughter of Holy Prophet Muhammad (PBUH).

The meaning of this name is “motherly”.  So every muslim parents wish their baby girl to be like Fatima. And want to follow the spirit of Fatima tu Zahra(RA) .

This is an Arabic name also you will find this name on very beginning history of Islam. This name is extracted from Khadija bint Khuwaylid, she was the first wife you Holy Prophet and regard by the Muslims as “Mother of believers”, its meaning of the name is trust worthy.

You can rank this name as “Old Islamic name”

So this is not common these days but we picked so it is commonly pronounced for names of women who are of mid ages.

This name has two versions “Mayam” and Marry.

Maryam or Mariam is commonly pronounced in Muslim community. It has other variations like Marry in Christianity. Its meaning is “bitter”. Either it is Muslim or Christian, this name is originated from same personality that is “Mother of Issa” the Christ.

Historically this name is found in Bible and Qur’an. So if you want to pick Maryam for Muslim baby girl name then probably you will pronounce it using Arabic version whereas; Christian pronounce or write it as “Marry” using the Greek version.

So inspiring from her role, many of the Muslim parents want their baby girl name as Ayesha to follower here characteristics and adopt all the attributes which she was carrying.

Last name we will include Aminah baby girl name has an Arabic origin. This name can also be included in popular Islamic names list. I can say this name as ever green name as it holds its grace ever. May be this is the reason; why people love this name in past. Also this name is trending in modern Islamic community. Another justification having this name in popular list is it simultaneously popular in rural or urban areas.

This name is extracted from Arabic origin, derived from word “Amina” that meanings are “feel safe”. Aminah meaning is “faithful, trust worthy”. This is commonly known as name of Mother of Holy Prophet (PBUH).

Name of the baby should be the unique one; this is how every parent thinks. These TOP TEN MUSLIM NAMES have beautiful meaning. The positive meaning gives, positive influence to the children’s. Be careful while naming your new born baby boy or a girl, as it will reflect your child’s personality. Some people give two to three names to a child, as it is general in Muslims society. So be careful with the meaning of the names.