Meaning and origin. Pauleen is a English girl name. The meaning of the name is Small, Humble.

Kidpaw DO NOT guarantee the accuracy of any listed baby name and its meanings. We collected these names with our best efforts. Though if you find any incorrect name or meanings please report us. We would advise you consult a local Imam, Professor or Pop for verification before deciding to keep a name for your baby.
Ormonda
previous name
Penney
next name 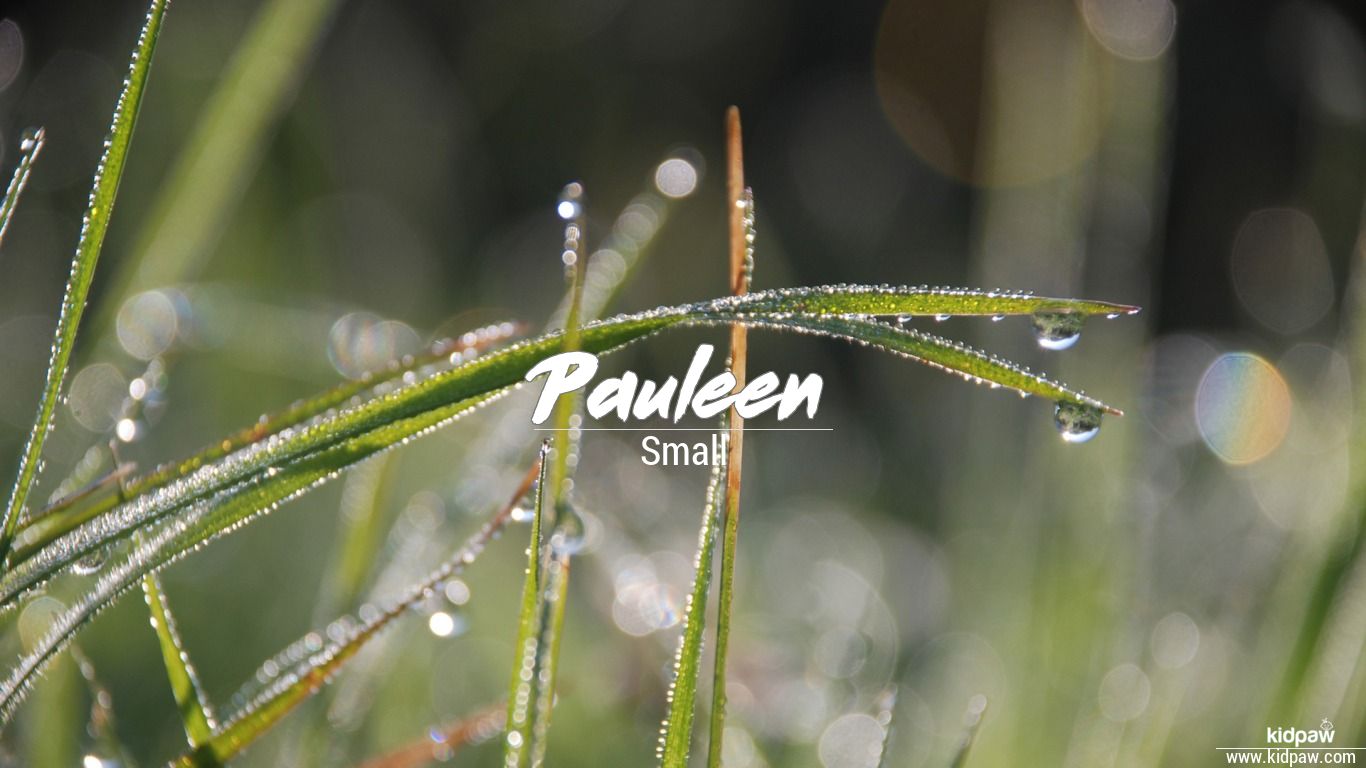 What is the meaning of Pauleen ?

Each letter meanings in Pauleen Name.

Pauleen Luna is an actress. She was most prominent from 2003 to present. Pauleen was given the name Pauleen Marie Javier Luna on November 10th, 1988 in Las Pinas. Pauleen is also known as Poleng and Pauleen Luna-Sotto.

Pauleen Bennett is a in the fields of anthrozoology, psychology, neuropsychology, and behavioral neuroscience. Pauleen was born on October 13th, 1963 in Ivanhoe, Victoria, Australia.

What are similar sounding Christian Girl names with Pauleen

Pauleen has the numerology 6. The gender of this name Pauleen is Girl. These people are very good at keeping a nice balance between everything. They do not really over do anything rather they know how do they need to keep limits in everything.

The meaning of this name is Small.These are people who believe that they can only move forward in their lives if they have sympathy in their hearts and that is how they believe in nurturing. They are known to be the most sympathetic and kind towards the people around them no matter if they know them personally or not.