If you want to read all details about Zaviyar in urdu. Please read Zaviyar details in urdu here

What is the meaning of Zaviyar ?

Answers for the most frequently asked questions about name Zaviyar

What does Zaviyar name mean?

Zaviyar is one of the most loved baby boy name, its meaning is brave, بہادر.

How to write Zaviyar in Urdu, Hindi, Arabic, Bangla?

What is the religion of the name Zaviyar?

The people with name Zaviyar are mostly known as Muslim.

What is the origin of the name Zaviyar?

Is the name Zaviyar difficult to pronounce?

Zaviyar name has 7 letter and 1 word and it average name but still not very hard to pronounce.

Is Zaviyar name is short?

No! Zaviyar is an average length name.

Each letter meanings in Zaviyar Name.

What are similar sounding Muslim Boy names with Zaviyar

Zaviyar has the numerology 1 and this belong to the religion Muslim. The people with numerology 1 are also thought to be extremely independent and they have an individualistic approach towards everything. They do not believe in working with others to get their work done rather they tend to deal with everything on their own.

They have the capability of attaining everything by themselves and they are also thought to be the pioneers for everything. The meaning of this Zaviyar is Brave. As we mentioned above that they are independent, so they also believe in starting everything on their own too. They do not depend upon anyone and are quite autonomous with everything.

What we know about Zaviyar

There are a lot of names that you must have heard about but not all of them click you like the one that we are going to discuss here. The name that we are talking about is the beautiful name Zaviyar.

There are a lot of details that come with this name and we will get into each one of the details for you to know. The name Zaviyar comes from a Muslim background as it is an Islamic name and it is often used by Muslims everywhere.

The name Zaviyar you might have heard a few times and you must always wonder what category of pronunciation this resides in resides is a name whose pronunciation is not hard than medium-hard to pronounce. This is the name that consists of about seven different letters and it is a single-single-worded

Talking about the uniqueness of this name, it is neither a unique name nor it is used very commonly. It is somewhere between unique and common.

If you are interested in numerology then this is for you. The name Zaviyar comes with the numerology 1. The people with the numerology 1 belong to the Muslim religion. These people are known for being extremely independent and they love to believe in the individualistic approach and that too towards every single thing. These people do not believe in depending on anyone for anything and they like to do everything by themselves.

There are a lot of people that like to use this name as Noman Zaviyar too and choose this name as a second name. Zaviyar is a name that is also present in Spanish origin which is Zavier, and if you like you can also use this version of this name too.

Impact on the personality:

The name Zaviyar has a very huge impact on the personality because of the meaning and its numerology too. If you use this name for your kid you need to understand he is going to be very strong-headed and independent. So, this name will give them all the positivity that there can be

Q: What does Zaviyar mean in Bible?

Ans. In the bible the name that is used is Xavier, and it means a brother.

Q: Is Zaviyar a Muslim name or not?

Ans. Yes, Zaviyar is a Muslim name and it does not belong to any other religion.

Q: Is the name Zaviyar popular or not?

Ans. Yes, Zaviyar is a very popular name and you can use it for your son.

Q: Is Zaviyar a good name or not?

Ans. Zaviyar surely is a very good name and can be used for your baby boy.

Q: How do we pronounce the name Zaviyar?

Ans. The name Zaviyar is pronounced by combining two words ZA and VIYAR. 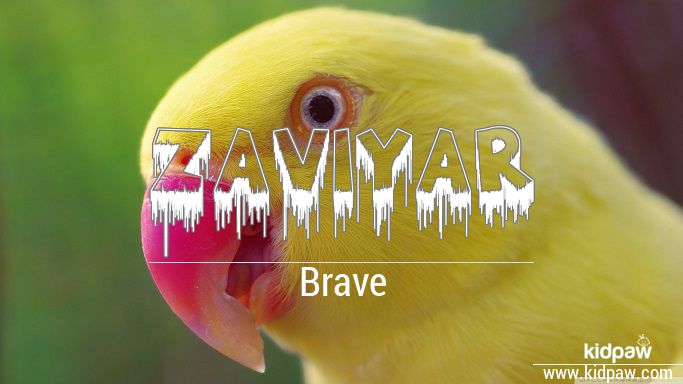