Sangavi is an Indian name for girls meaning Goddess Paarvati. Read below for Sangavi's celebrity and ruler associations, and numerological meanings. If Sangavi is the one, congratulations!

What is the meaning of Sangavi ?

Sangavi is baby girl name mainly popular in Hindu religion and its main origin is Hindi. Sangavi name meanings is Goddess Lakshmi, Assembly, Group. Sangavi is written in Hindi as सांगवी . Other similar sounding names can be Sangav, Sanghavi, Sangvi.

Answers for the most frequently asked questions about name Sangavi

What does Sangavi name mean?

Sangavi is one of the most loved baby girl name, its meaning is goddess lakshmi, assembly, group, is देवी लक्ष्मी, विधानसभा, समूह - (devee lakshmee, vidhaanasabha, samooh).

How to write Sangavi in Hindi?

Well, Sangavi can be written in various beautiful fonts in Hindi as सांगवी .

What is the lucky number of Sangavi?

Lucky number is not a belief system but reality. The lucky number associated with the name Sangavi is "1".

What is the religion of the name Sangavi?

The people with name Sangavi are mostly known as Hindu.

What is the origin of the name Sangavi?

Is the name Sangavi difficult to pronounce?

Sangavi name has 7 letter and 1 word and it average name but still not very hard to pronounce.

Is Sangavi name is short?

No! Sangavi is an average length name.

What is the syllables for Sangavi?

The syllables for the name Sangavi is 3.

What is Sangavi's Rashi and Nakshatra?

Each letter meanings in Sangavi Name.

What are similar sounding Hindu Girl names with Sangavi

Sangavi has the numerology 2. People with numerology 2 are known to be one of the most cooperative and that is because they are very quick to adapt to whatever environment they choose to be in. They do not keep overthinking everything rather they start to work immediately.

The gender of this Sangavi is Girl these people are also very inclusive of everyone which makes them considering and they do not let the people around them feel left out. They are always very compassionate and affectionate towards everyone and that is why they are heart of any get together. The meaning of this Sangavi is Goddess Lakshmi, Assembly, Group. 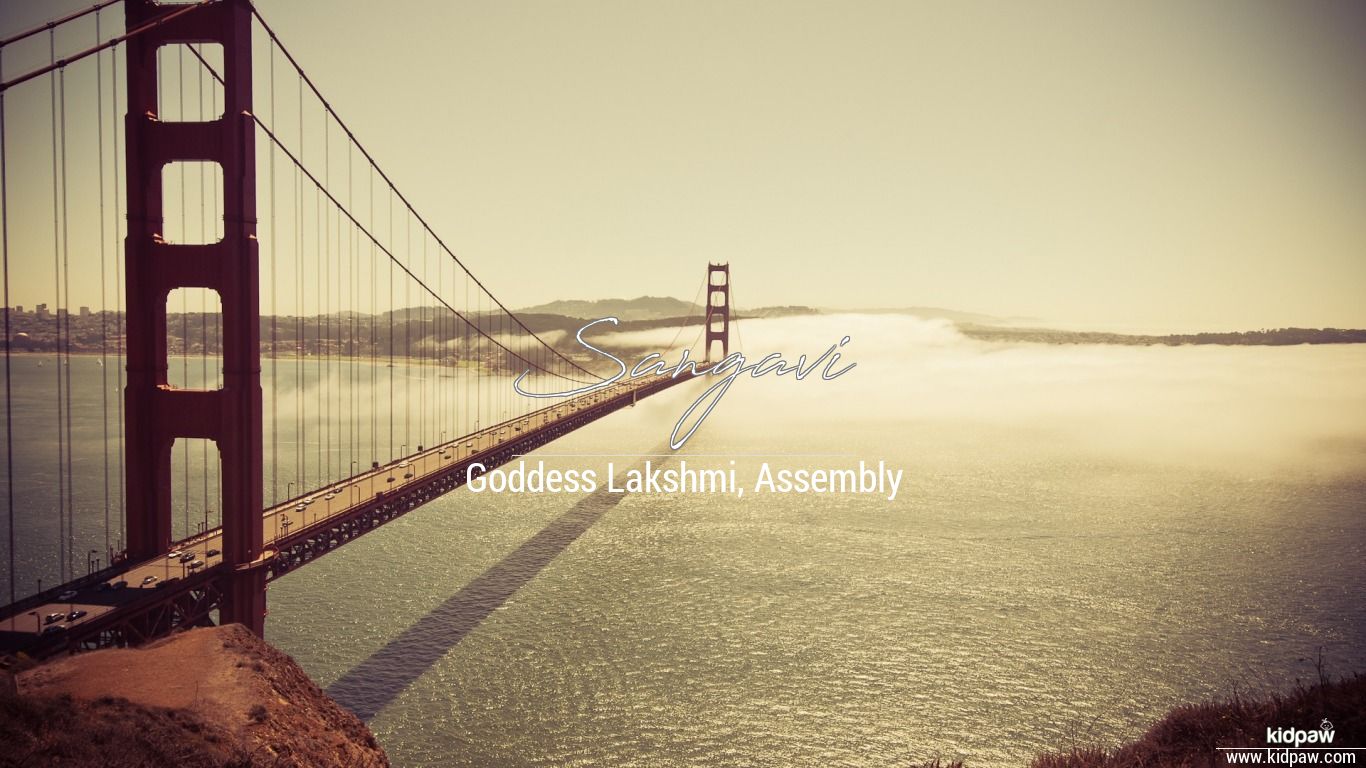