Name Deetya generally means Answer of prayers or Goddess Laxmi, is of Indian origin, Name Deetya is a Feminine (or Girl) name. Person with name Deetya are mainly Hindu by religion.

What is the meaning of Deetya ?

Deetya is baby girl name mainly popular in Hindu religion and its main origin is Hindi. Deetya name meanings is Answer of Prayers, Goddess Lakshmi.
People search this name as Meaning of deetya name in hindi, Deetya 3d name wallpaper for mobile.
Deetya is written in Hindi as दीत्या.

Answers for the most frequently asked questions about name Deetya

What does Deetya name mean?

Deetya is one of the most loved baby girl name, its meaning is answer of prayers, goddess lakshmi, is प्रार्थनाओं का उत्तर, देवी लक्ष्मी - (praarthanaon ka uttar, devee lakshmee) answer of prayers.

How to write Deetya in Hindi?

Well, Deetya can be written in various beautiful fonts in Hindi as दीत्या.

What is the religion of the name Deetya?

The people with name Deetya are mostly known as Hindu.

What is the origin of the name Deetya?

Is the name Deetya difficult to pronounce?

Deetya name has 6 letter and 1 word and it average name but still not very hard to pronounce.

Is Deetya name is short?

No! Deetya is an average length name.

Each letter meanings in Deetya Name.

Deetya has the numerology 2. People with numerology 2 are known to be one of the most cooperative and that is because they are very quick to adapt to whatever environment they choose to be in. They do not keep overthinking everything rather they start to work immediately.

The gender of this Deetya is Girl these people are also very inclusive of everyone which makes them considering and they do not let the people around them feel left out. They are always very compassionate and affectionate towards everyone and that is why they are heart of any get together. The meaning of this Deetya is Answer of Prayers, Goddess Lakshmi. 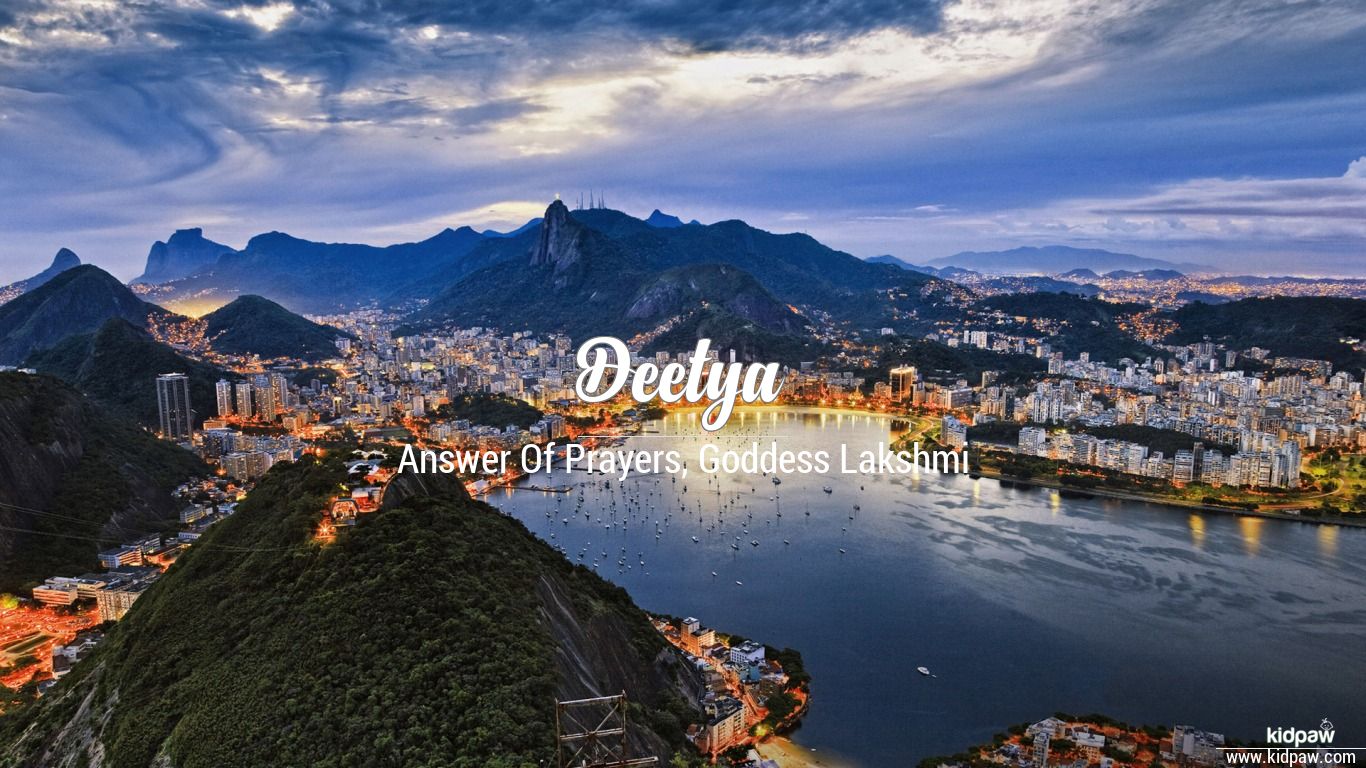