Varkari tradition suggests that the name Vitthala (also spelled as Vitthal, Viththal, Vittala and Vithal; Marathi: विठ्ठल, Viṭṭhala; Kannada: ವಿಠ್ಠಲ, Telugu: విఠ్ఠల and Tamil: விட்டல்; Viṭhala) is composed of two Sanskrit-Marathi words: viṭ, which means 'brick'; and thal, which may have originated from the Sanskrit ...

Kidpaw DO NOT guarantee the accuracy of any listed baby name and its meanings. We collected these names with our best efforts. Though if you find any incorrect name or meanings please report us. We would advise you consult a local Imam, Professor or Pop for verification before deciding to keep a name for your baby.
Vittesh
previous name
Vitul
next name 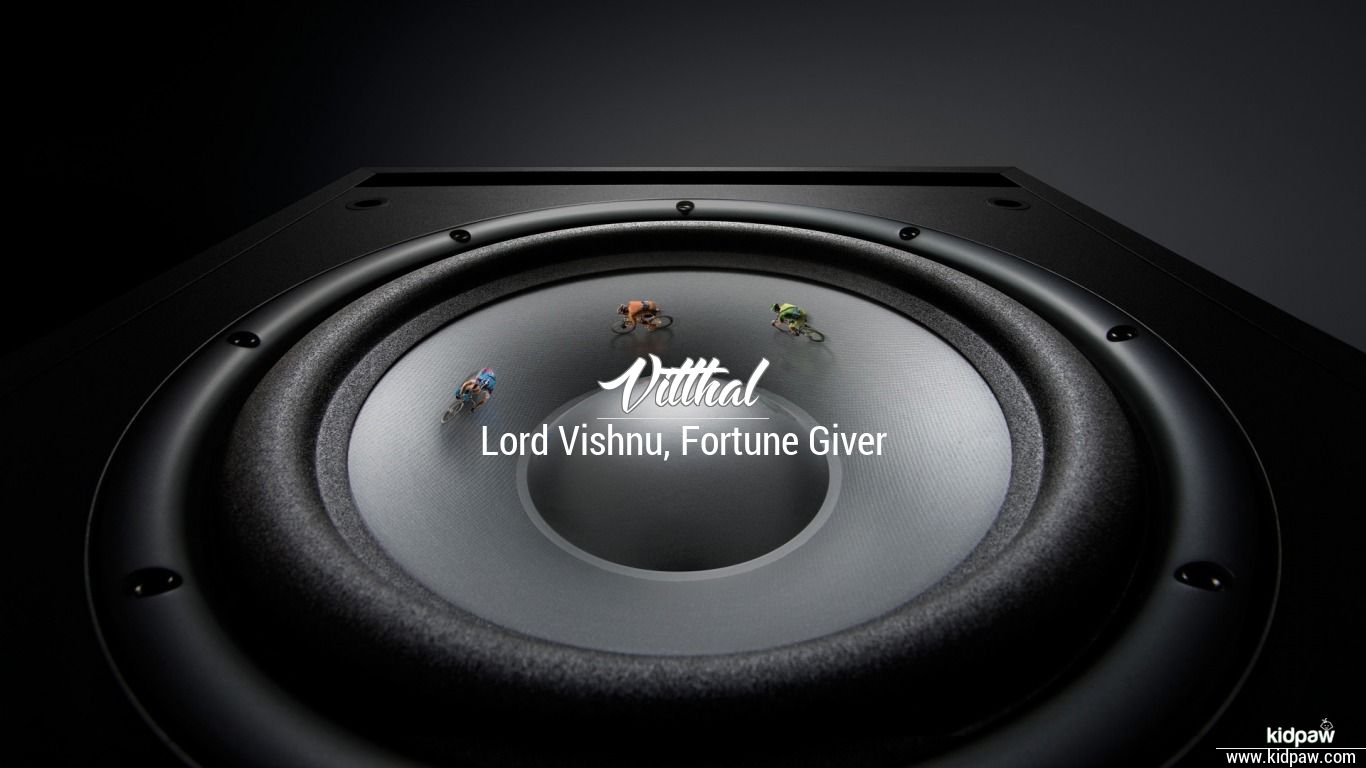 What is the meaning of Vitthal ?

Each letter meanings in Vitthal Name.

Dr. was given the name Vitthal Bhikaji Wagh on January 1st, 1945.

Vitthal Prasad Sharma was a politician, businessperson, and politician/businessman. Vitthal was born on June 20th, 1920. He passed away on June 12th, 1982.

What are similar sounding Hindu Boy names with Vitthal

Vitthal has the numerology 6. The gender of this name Vitthal is Boy. These people are very good at keeping a nice balance between everything. They do not really over do anything rather they know how do they need to keep limits in everything.

The meaning of this name is Lord Vishnu, Fortune giver.These are people who believe that they can only move forward in their lives if they have sympathy in their hearts and that is how they believe in nurturing. They are known to be the most sympathetic and kind towards the people around them no matter if they know them personally or not.