Kidpaw DO NOT guarantee the accuracy of any listed baby name and its meanings. We collected these names with our best efforts. Though if you find any incorrect name or meanings please report us. We would advise you consult a local Imam, Professor or Pop for verification before deciding to keep a name for your baby.
Mookesh
previous name
Moorti
next name 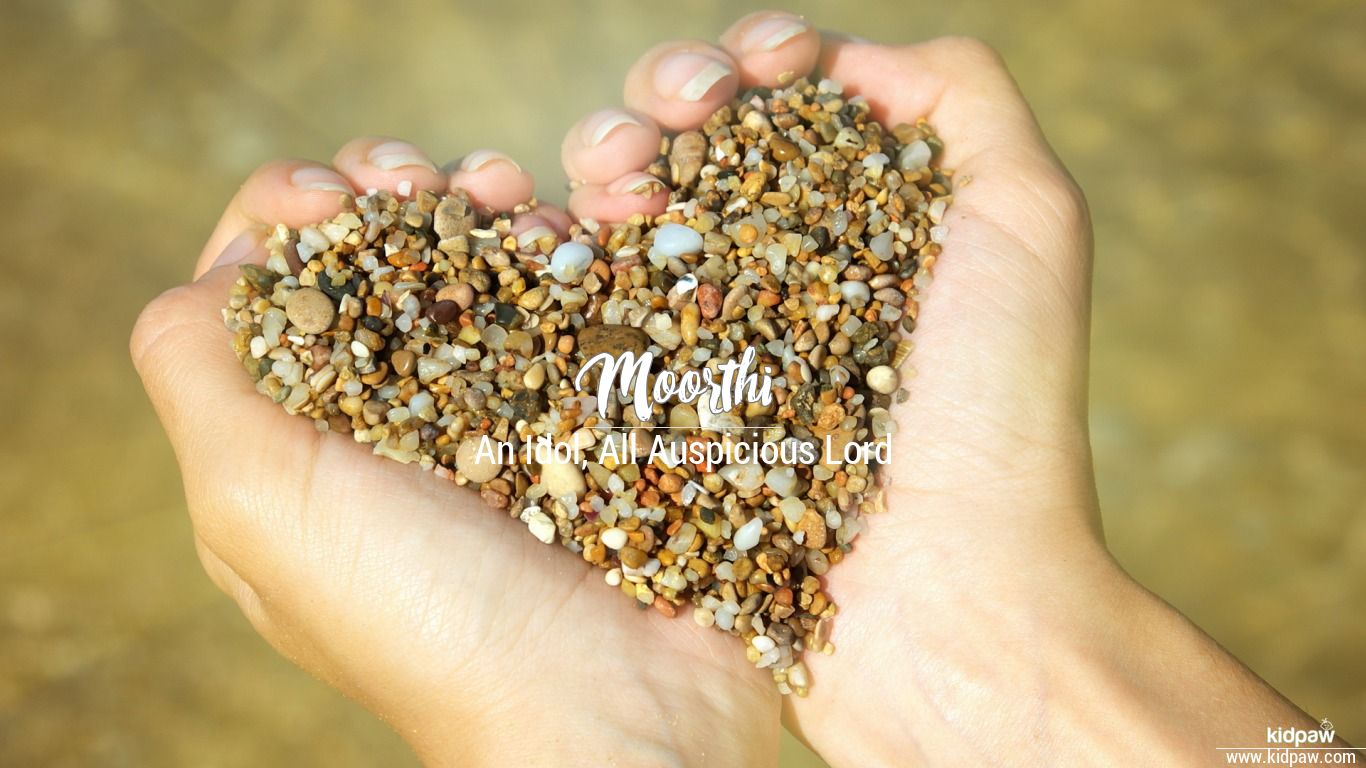 What is the meaning of Moorthi ?

Moorthi is baby boy name mainly popular in Hindu religion and its main origin is Hindi. Moorthi name meanings is An idol, All auspicious Lord, Lord Vishnu, Statue. Moorthi is written in Hindi as मूर्ति. Other similar sounding names can be Maruth, Maruthi, Mritheya, Murthi, Murthy.

Each letter meanings in Moorthi Name.

Radhakrishnan Parthiban is an actor, director, producer, and writer. He was most active from 1989 to present. Radhakrishnan was given the name Radhakrishnan Moorthi on November 15th, 1957 in Chennai, India.

What are similar sounding Hindu Boy names with Moorthi

Moorthi has the numerology 3. The religion is hindu. These people with numerology 3 are known to be very expressive and they are very verbal about everything that they want or they like in their life. The meaning of this beautiful name is An idol, All auspicious Lord, Lord Vishnu, Statue. These people are known to be opinionated and that is what makes them different from others.

They are also thought to be social birds because they like to socialize so much. the gender of this name Moorthi is Boy. These are the people who know how to enjoy their life the most and that is because they know the joy of living. And they are also known to be very fond of art.